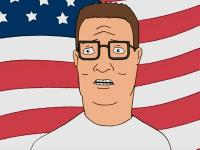 So, got off work. Get home, fed, showered, so on. ...Get a weird thought in the shower and next thing I know, I'm here.

Gotta admit I'm surprised to see the forums are up. Imagine my utter shock that not only are the forums up, but people are still posting. In 2019. And I remembered my login info somehow. AND THE LOGO IS STILL OFF CENTER

It's...kinda cool to see everyone here. Seeing people I recognize yet haven't talked to in ages- though Tom's popped up on my streams now and again, far and few between that they are.

It's been a long few years. Had a lot of familial upset, anxiety, self discovery in multiple ways. ...Yes, I still collect amiibos. I don't draw as much as I should, though the thought has never really left my mind that I need to practice. At the time I started an art thread nearly...damn, nearly five years ago to the day, I had a handful of artist friends that inspired me to draw and do better. Gradually, thosefriends seemed to go off to different things, hang with other people and whatnot. It's been kinda hard; It's partially my own doing, partially the hand life and other people have dealt me over the past while.

Been working at Lowes since the end of last February. That's...been a trip. Got tan, got some arm strength back, impressed the managers. They kept me on as a full time in lumber, which is a decent step up from seasonal outside garden help.

Still been playing games, too. Lots of PS3 n' 4 stuff, though I've dabbled with my brother's Switch now and again. Mario Odyssey was/is amazing, as is Zelda and Tetris 99. Just haven't been playing games as hard as I used to thanks to job and life stuff.

Kinda miss it here. Was nice to have a chat to pop into and jabber about video game whatever, there was such an...excitement around everything. Like there were limitless possibilities, like that Wreck It Ralph would surely run in real time on the Wii U. ...I can forget coworkers' names, but remember that.

In any case...ya'll made a 15 to 18 year old kid happy. You're even making him happy now. It was always a good time logging in to chat people up or share nonsense. I'm admittedly still trying to find the SMASHING thread I made forever ago, even if it's a bunch of dead links by now.

Yet at the same time, it almost breaks my heart to look back at my older posts. I can see a person that's not much younger than I am now, yet is very, very different compared to how I am now. But I guess that's what growing up does to you.

Halfway tempted to try and reboot the site. Give it a new coat of paint as the Switch forums or some such thing. But at the same time, I'm not sure if forums are really used anymore. GoNintendo is always quiet, 3DSF is gone completely. Even NintendoChitChat seems dead as a doornail outside of their Facebook page. But we'll see.

Anyway, that's my two cents without rambling on much longer.

If anyone wants to chat, my discord is Morkus#3744. I can't guarantee I'll be very chatty, but I can check it in the evenings when I'm off work.