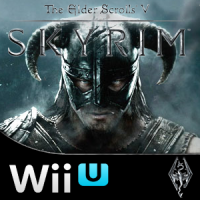 Member Since 13 Jun 2011
Offline Last Active Apr 17 2013 06:29 PM
Sorry I haven't been on for a long time guys. Work is getting very heavy. Will be fine on the coming weekend though. AND WOAH, what happened to the site design? Updated 27 Feb · 6 comments

There is nothing much to say really.
I've been a very long time fan of Nintendo, ever since the day I was given a NES.
It was only when SEGA had sparked the war against Nintendo was when I chose my 'allegiance'.

You could have called me a 'fanboy' for Nintendo back then.

But now I have matured and developed an expansive mind in the world of gaming; giving no hate to others not concerning Nintendo.

Now that SEGA has been defeated and Nintendo the victor, with SONY rising like a ruthless juggernaut
and Microsoft as a rogue in the dark, Nintendo will still be where I stick up my flag.

Dramatic 'About Me' aye? That's just my story concerning Nintendo.
My real 'story' however, is best kept out of the minds of others.