9 replies to this topic

Kicking off with the AC Happy Home Designer Bundle.

Also, a New 3DS XL Hyrule Edition will be coming out for Tri Force Heroes. 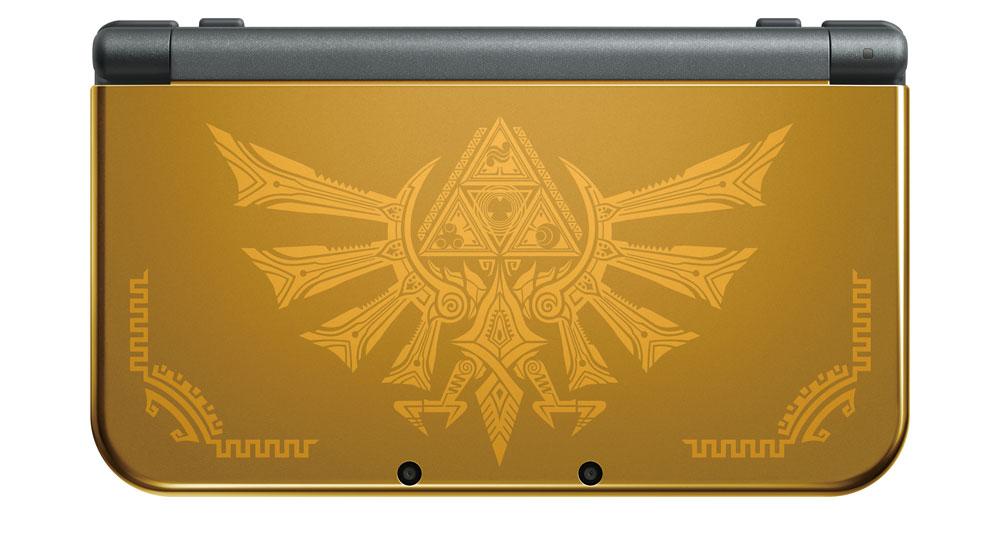 The New Nintendo 3DS system will launch in the U.S. as part of a special bundle on Sept. 25. The bundle includes the new hand-held system, the upcoming Animal Crossing: Happy Home Designer game, two cover plates and one amiibo card for just $219.99.

As for a new version of the XL, there will also be a Hyrule Edition New Nintendo 3DS XL system, which will launch exclusively in GameStop stores on Oct. 30 for $199.99. The system is gold-colored and features an intricate Hylian Crest on the front, and will release one week after The Legend of Zelda: Triforce Heroes for 3DS releases (October 23rd).

Let me guess, no Triforce Heroes game included with the special edition console...

And I want the regular New 3DS but am not going to buy a special edition and then change faceplates...


Oh I know and the price would reflect it.

Oh I know and the price would reflect it.

Not necessarily true. Prime example: the original 3DS Zelda SE bundle (w/Ocarina of Time 3D) retailed at the console MSRP of $199 when it was released. The whole idea of the pack-in is that it boosts sales of the console by not charging extra for the game. It seems to have become more or less the norm with standard consoles...I don't think Nintendo, Microsoft, or Sony have a current SKU that is lacking some kind of pack-in game. I wish Nintendo hadn't stopped doing it with their SE consoles (though they aren't the only ones...as Sony's LE Batman console cost $50 more). At least the Wind Waker Wii U bundle had a digital copy of the game.

Hmm I don't remember but probably right. Either way it's still a bit of a savings with the game. I was hoping the hyrule edition was not xl

THANK GOD I CAN FINALLY BUY IT as soon as i get a job hahahaahaa, plus Xenoblade X SE costs 89.99 ffhasj

So when you change the plates is it just the animal crossing designs or does it also get rid of the white? I guess the inside is still white..

So when you change the plates is it just the animal crossing designs or does it also get rid of the white? I guess the inside is still white..

The inside is still white. I imagine Nintendo will bring other non-se new3ds here too.