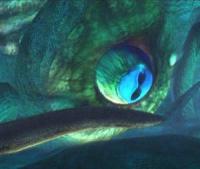 In Topic: WiiU most powerful in the next gen?

correct they have stated that they will not invest heavily on the ps4 as they did on the ps3 but please stop saying sony isnt finacially stable  because thats just incorrect.

Don't be a fool. The PS3 lost Sony so much money they lost all profit they've have had within the console market. Worse many of their other departments aren't doing overly while on their own for a few years. Nintendo is a much bigger company than many realize. They've made profit off of the Wii since the beginning likewise with the DS. Nintendo hardware has made Nintendo billions of dollars while Sony has lost billions and only recently to my knowledge began making a profit. The razor edge model is dead at least to the extremes of the PS3. The Vita is Sony's future attitude toward hardware going forward. Low R&D using mature technology while taking advantage of developments in hardware. Really I wouldn't be surprised with Sony taking a lower cost direction with PS4 depending on the result of the Vita.

In Topic: Wii U Price Discussion

Well the current price of the Wii is $149 and Reggie has said it won't be around there- I think we all know that.

The CURRENT price of the PS3/Xbox is $249/$199, that could be down $50 at the end of the year, or including some games. I just don't see how Nintendo expect to have a successful launch of a console that is priced at $350-400 which will be competing against consoles that play the same games, barring a few Nintendo 1st party games, but cost 1/2 the price.

Wii U will not be competing with the PS360 consoles. For the love of god get that through your skull right now. We're not completely certain on the consoles capabilities, but enough points towards it being a arguably significant upgrade over the current HD consoles. The Wii U's competition isn't out yet nor are they in the public mindshare yet. No doubt Microsoft's and Sony's next consoles will be more powerful, but if your expecting truly night and day differences your going to be disappointed.

In Topic: Trying to Decipher What the Wii U will have as a GPU

Something within the performance range of the 4850 and 4870 is what I suspected before, but Neogaf focusing on something within the range of a 4830 to slightly above sort of curved my over all enthusiasm. Overall I'm confident that the final GPU will be newer in design and architecture than the R770 or simply the 4000 series in general. Though it may not be concurrent tech from AMD. 4870 based speculation was at its hay day several months ago since then the general focus has moved away from those articles and leaks that pointed to something in that range.

Looking at the currently rumored specs of the Wii U this is nothing short of impossible without the PS4/720 costing well over 900$ USD to produce (That sounds outrageous, but keep in mind that manufacture cost of a launch 60GB PS3 was $950 USD!). Sony is too smart to make the mistake they did this last generation of releasing a vastly over expensive console that is difficult to develope for, and Microsoft would lose market going this route as well.

Prehaps if either console was release say some 4 years after the Wii U, such of a gap would be expected, but I doubt Microsoft/Sony are being serious about the "10 year lifecycle".

Its impossible for the next Sony and Microsoft consoles to be so above the Wii U in tech to repeat this generation, but its rather easy even regarding the higher spec rumors for PS4 or Xbox 720 to be more powerful machines. It all depends on how these devices are designed and their intended market and price point. If PS4 follows Vita its going to be more powerful, but perhaps not as much as some would like to think as Vita is mostly a device created to budget with little R&D based on current advancements in mobile tech. The next Xbox is harder to speculate about we've heard rumors that Kinect is going to be a heavy focus next gen for the Xbox brand. That eats into revenue to produce the device since that would seem to point to a mainstream product something that could easily be within the ball park of Wii U. So its sane to say that these systems will end up more powerful than Wii U, but by how much we can't say.

In Topic: Should the WiiU have a USB3.0 on the back

USB 3.0 would be a smart move by Nintendo to incorporate. Its not exactly the only option though. Whether or not USB 3.0 or something else needs to be added depends largely from my understanding on the drive's read speed. USB 2.0 may still be useful if the drive's read speed is lower than the bandwidth of the USB 2.0 port.