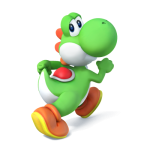 I have been playing video games since.... probably since I got super mario galaxy so maybe 2008ish

I am a great person and usually nice if you ever want to have a chat with me about Nintendo, well you came to the right person!

PM me about anything! I am a great guy to talk to! Just keep it appropriate.

Here is what Avatar: The Last Airbender is pretty much about for those who are curious i'm doing alright, more or less. let's just say that i'm doing as well as i am willing to let on, lmao.

I don't know how I feel about a reunion, lol, this site had a lot of colorful characters. You can still find some of them offsite and elsewhere.

Feld0 is keeping the site up and I don't think he would be the sort of person to suddenly drop it without notice. There is still an unfinished story I might need to tell sometime about that, lol. Years back, on the previous forum Feld0 & I were members, the admin threatened to shut down the site multiple times & ultimately followed through with his threat, without anyone having much of a chance to back up anything.

That's scary lol, we should make a discord group chat or something for anyone interested.

Oh I agree, I was looking back at my old posts and man was I such a toxic character, I just want to formally apologize to anyone I hurt with my vulgar language and behaviour.

It's weird to think that this site is still up even though it's been dead for several years now... Like the Wii U (speaking of which, it got an update today!).

I have kept an "eye" on things, which has basically just been an occasional glance one a week or so when I have been logged out. But activity has been so minimal to the point where there isn't really a point of my "required presence". I still feel a little guilty about how I mismanaged things now & then, but the past is the past. I am forever connected to internet forums due to my early years of being infected by a mid 2000's yoshi art forum, so as long as this site breathes, I will find myself back here regardless.

I don't know if anybody here will actually be able to find my "other" personas elsewhere on the web, I "retired" the Pyro/Mourn pseudonym a while back (outside of maybe my steam username).

I can PM you my discord. I don't use it often, but I kind of need to now that IRC is dead.

Don't worry, I am not actually an "OG member" either, lmao.

Hey Mourn, how ya doin?

We need a reunion or something for this site.

Also, who is paying for this website still? I'm surprised it hasn't been taken down yet...