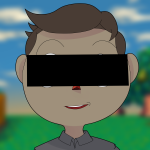 A Late-Night Stream of Consciousness

Regardless, something drew me here. Something compelled me to log in, post a status update and make this very topic. Probably nostalgia.

The Wii U is almost 7 years old. That's the age of the average first-grader in the US. I feel like it didn't necessarily flop, though it didn't fare too well compared to the Xbox One and the PS4.

I still have my Wii U. It's kinda collecting dust nowadays. I still have the Animal Crossing Plaza, though the service has long since been discontinued.

I'm still kinda bummed that a proper Animal Crossing title wasn't released on the Wii U.

At some point I got my hands on a Switch, but nowadays I don't have enough free time to sit down and enjoy the titles.

At the time of writing, Nintendo confirmed a mainline Animal Crossing title coming out on the Switch this year. I'm looking forward to that.

I never considered myself to be a prolific member. I wished people happy birthdays and shared positive opinions on things. I acquainted myself with the kind members here and have forgotten to make contact with people.

Oh man, it's been everyone's birthday.

I finally graduated from college with a BS in Computer Science. It turns out that I find programming to be very dull.

I've been building a lot of computers in the meantime. I find that to be pretty fun, at least.

I might just go back and get an art degree.

My degree did, however, land me a nice job that has nothing to do with programming.

I've been learning video editing on the side as a hobby. I want to use what I learned in order to make a video on the history of WUF. I'm by no means an OG member, and it's going to require me to do a whole lotta reading on topics made before I even joined the forum. But I think it would be a fun undertaking.

I'd like to make it and have it published on the 7th anniversary of the Wii U's US release.

It's kinda weird seeing that I'm the only soul on this website right now, at this time. A few guests, though I suspect all of them to be web crawlers.

It's wild to think of all the fun conversations that were had on this website. A whole lotta years have gone by since this website was considered totally dead, and I can't even imagine where everyone has gone and what fun exploits they've achieved in life since then.

I've kinda disappeared of the face of the Earth. I don't use any social media, nor have I been active in any other communities. It sometimes feels like I'm getting a little too old or too jaded to be participating in gaming communities. I've been wanting to do Twitch streams, but my anxiety has stopped me short of hitting the "start streaming" button in OBS.

I've experienced quite a few rough patches in my life. Despite that, my signature holds true.