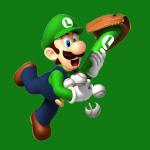 Glenka hasn't added any friends yet.

I was looking for some Guildmembers for Monster Hunter 3. To be honest, i don't know much of the game, just taken a couple of missions. I can play either close range or distance range, it depends on what the rest of the group prefers to play! I'm an easy-learner though =)

The reason for prefering swedish is that i'm a swede myself and my english is average/slightly poor. But it doesn't matter, really

If you're interested, please add my NNID and Skype for teamtalks

Thank you in advance!

Freeloader for Wii U?

I remember when i bought a freeloader to my Wii because of the region lock that's on it. I do have a PAL-system and i'm interested in buying games for NTSC-U and NTSC-J.

Does anyone know if/when it will be a Freeloader for the Wii U system too?

I tried googling for it and found nothing. Might be a stupid question, but there's no chance for the old Freeloader to work on the Wii U? It shouldn't work, but hopefully someone tried and succeded

Hello all! (from Sweden!)

Huge Nintendofan since i bought my first SNES back in '93. I did buy a NES a couple of years later and now i've owned all consoles (not portable except for GBA) except for N64, which i regret

Was googling for a great Wii U related forum and i found this one, which seemed promising. I hope i'm right!