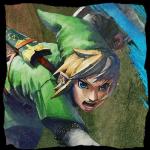 Amazon Prime/Hulu not on E-Shop?

I uninstalled them a while back and now when I search it tells me they aren't on the E-shop.  I can search through my downloaded software and I see them but again if I click download it brings up an error.

Anyone know what is going on? Is doing a factory reset the only way to get them back??

Will a new Guitar Hero/Rock Band ever come to Wii U?

Any news on that front?

Does this not deserve it's own thread? I would have thought there would be one. I would have used Y2Kev's but I wanted a spoiler free thread.

About to go on a mini marathon here I think.

Who else bought it day one?

Reads like a wishlist of most Zelda fans.  Yeah, odds are it's complete unicorn tongue but imagine if even half of these things were true.

Information has surfaced that Zelda Wii U will be announced at E3 2014. A variety of points about the game has leaked from NDA interviews between Aonuma and various Japanese game magazines that enquired about it at E3.

> The game is using the E3 2011 Tech Demo graphics. The Tech Demo was actually footage from a pre-Alpha version.

> The game is a direct sequel to Twilight Princess.

> The game will be Open World. The player will be able to explore a vast and seamless Hyrule. Around 70% of the development team are solely working on content to fill this Open World. The aim is to make it full of content and have more side-quests, sub-dungeons, and collectibles than any past 3D Zelda.

> Motion controls have been dropped. The game will use the Wii U Game Pad and build off the controls of the GameCube version of Twilight Princess. There will be heavy use of the Game Pad screen in a variety of unique ways.

> There are 10 dungeons. You can play the first five in any order, and when all are complete, you can play the later five in any order. The game now features a term Aonuma calls "Parallel Dungeons". You will have to multi-task between all 5 dungeons to complete them. Solving puzzles in one dungeon will open doors and change the layout of another. Aonuma states that playing through all 5 dungeons simultaneously will feel like one giant Water Temple (from Ocarina of Time).

> Princess Zelda will have a deep involvement in the story. Princess Zelda didn't get much development in Twilight Princess, but many fans have said they loved her detailed costume design. Aonuma wants to rectify this issue by making her character as complex as her elaborate clothes.

> The game began development in Q1 2010, almost two years before Skyward Sword was released. It was being made by a different team than the one that developed Skyward Sword. However, the staff of Skyward Sword have now joined the development head count on Zelda Wii U.

> The game will be the directorial debut of Satoru Takizawa. He previously served as Art Director of Twilight Princess. Aonuma personally feels that, due to Takizawa's experience being in charge of the visuals of Twilight Princess, he's the most qualified staff member to direct a realistic Zelda. Takizawa has worked on every 3D Zelda game since OoT. He designed Ganondorf and all the bosses in OoT, all the bosses in MM, Ganondorf and the Moblin in TWW, and didn't do much on SS as he was moved off the project midway to direct the next realistic Zelda.

> Online co-op that functions like a 3D version of Four Swords is being included as a separate multiplayer feature. The mode will have paid DLC content. This will be in the form of dungeons, powerful enemies, new items, and unique tunics.

> Regarding the scale of the Open World, Aonuma is aiming for it to be on par with Skyrim.

> All the NPCs will be voiced. They will speak in a fictional language that will represent Hylian.

> Aonuma states that the game will definitely be announced in 2014. E3 is the most likely venue, not a Nintendo Direct.

I'm currently sitting 220 coins away from platinum status for the year and am planning on getting Lego City Undercover in the near future that would give me +50 coins, I could download Yoshi's Island for 30¢

giving me another +10 coins, I'm on the fence about Luigi U which would be another +40 coins leaving me at 120 coins remaining.

Has anyone heard any rumours of the rewards for gold/platinum this year?  If it were you would you make the push to platinum status?  I'd probably buy some Wii games if I was to go for it sadly it seems there's no way I'd be able to find a new Xenoblade with the #pin which would be the #1 game I'd want.