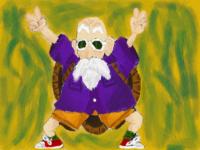 Why I think the Wii U will do alright in the UK.

We all know that the Wii U has not been selling in the UK (especially), but a few things have happened over the course of this Christmas week that have made me think there is hope for the Wii U yet in my home country.

First off, I've noticed a general amount of buzz just while walking down the high-streets I have been hearing people talk about the Wii U, not as much as the new Xbox or Playstation (or 3DS), but a huge amount more than before. It's not like everyone is talking about it, but I have overheard the odd conversation while out and about.

Secondly, my brother got a Wii U for Christmas (he's wanted one since launch but he's a poor student) and it was faulty - the right-hand speaker on the Gamepad buzzed when over 50% volume. When he was trying to return it by way of a replacement through Tesco (where it was bought) he could not as it was out of stock. I know Tesco don't exactly sell a lot of Wii Us or any other console and the fact that it is a Windwaker bundle may have helped, but it does show that people have been buying them.

Thirdly (and lastly), someone my family knows when asked what they got for Christmas responded by saying a Wii U. Now, this is someone who does not play games, one of your types of families who bought the Wii just because it was the hot thing to own. If this is the kind of family that actively went out to purchase a Wii U, that has got to say something - people are finally starting to take notice from a more casual perspective.

I'm not saying the Wii U is going to sell a lot, but I have definitely noticed trends and more people taking notice of the cheapest option for new games.

Several sites are claiming that Dragon Quest X might come out in the West (I really hope so).

However, what's funny is Wii U Daily's take on the quote:

Apparently because there is no mention of the Wii U, it means it won't be coming out for the Wii U in the west according to Wii U Daily, however, there is also no mention of PC or Wii.

Do you guys hope Dragon Quest X sees a Western release? I know I do.