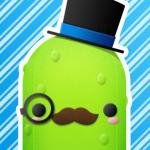 In Topic: Next Month in Playstation Plus North America (March 2014)

That is one PSP game I don't mind getting. Espinas is not a MHFU monster by the way.

Saw this movie on Sunday and it was great. And for those of you who don't like the movie just because the suit is black I'll tell you something. He gets really damaged at the end in the black suit and goes back to the silver suit. I don't care if you get spoiled you probably wont see the movie anyways.

In Topic: GOTHAM adds Alfred and Penguin to cast

Are you guys going to post the battle codes so we can see the battles?

edit: Forgot I need to beat the Elite Four in order to see the videos