Here's my new Pokemon drawing.  Let me know what you think. 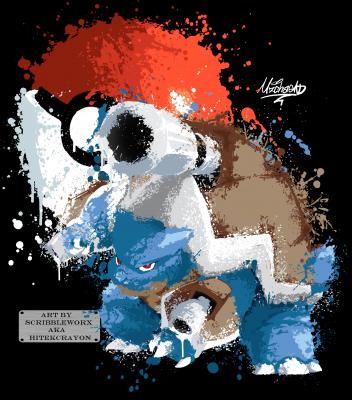 If you have Instagram, feel free to check out my other designs.

MY STORE: http://www.redbubble...le/scribbleworx (BUY my Stuff

Wow that i pretty sweet! I love how it looks like its splashing!!

I was confused by the title, thinking like a Mega Blast of Pokemon, like all these Pokemon Mega Evolving due to a blast However, this is an awesome drawing of M-Blastoise. Really like the way that the colours look all watery/different shading, like M-Blastoise just let off a Hydro Pump and is coated from the residue water.

Back to The Museum