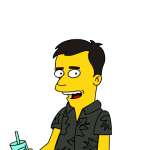 Just got both- got Rare Replay for $20 and $10 off of Forza.... Haven't played either b/c of that Mario game and..... embarrassed to say Skylanders.

#314691 Rumor: Amiibo support may be coming to Skylanders SuperChargers

I have a Sony Experia for my phone. I think I will get a ps4 eventually.

Glad they finally started offering some decent stuff.  Got very disappointing to see what they were offering month to month.  Finally became worthwhile, but it was such a pain in the butt. Decided to go with games b/c the physical rewards were things that looked like to me that they would end up becoming clutter and eventually tossed anyway.

Yeah, i got Toad shortly after release. The new stream of games has kept me from getting around to lego city....same deal with Hyrule Warriors...  Always seems like there's something else i want. Glad that it looks like it has sold well...

Wow- your review of Dragon Age sounded like it deserved more than an 8.5....I'll get this eventually but it will be a while b/c of my back log.

Yeah, i see your point, but i think the game otherwise offers enough to bump it up to a 9.5 or higher.  I like the roster better than mk8 and the stage editor, tho very basic is still pretty cool. You get game demos and a very extensive soundtrack.

#305323 The Official: Showoff Your Amiibo Thread

yoshi and fox.... will get dk, diddy, bowser and a few others

Great review, but it's better than a 9. I'd put it right up or even beyond mk8, which you gave a ten.

Not intended to be a "which is better...." but rather, what are your overall thoughts on one vs. the other.  Are you glad you got both? Will you get the other if you only have one?

I wasn't looking forward to the 3ds version all that much, but caved in and got on launch day.... Have about 25 hours on it- which is a lot for me.  I really enjoy being able to play it on the fly as a time killer, plus at the gym.

Waited a week to get the Wii U version.  At first wasn't blown away by it- I think in part b/c I've been playing the 3ds version so much.  But I've been playing the Wii U version for a bit now too- actually at a faster rate than I was playing my 3ds version (have six hours on it already and got it on Black Friday- but didn't play it until Saturday).

All & all, VERY pleased with both- I got a free $15 gift card at Target with purchase, so I got an Amiibo (Fox). Haven't used him yet.  I'll bet that I end up with over a hundred hours of play on these two by April, if not sooner. So, at a dollar per hour of entertainment- likely much cheaper by this time next year (less than fifty cents?).... this was a great way to spend $100.....

This is how I feel about it.  I have a few games that I haven't even opened yet- Darksiders, Splinter Cell, FIFA and Bass Fishing.  I got all of them on sale on Amazon.  I figure if I get 5-10 hours out of them on a cold rainy weekend, it's worthwhile.  Sometimes I'll pick up eShop games on sale too- or if it looks interesting and I want to support the developer.

I'll pick this up.... next year.  Looks cool but I still have a ton to play on some of my other XBone games, plus Smash, Bayonetta and Toad's Treasure Tracker this year.