Gunslingers ~ The Nintendo Wii U Clan for Adults.

42 replies to this topic

The 2014 Winter Olympics are over. I don't know about the rest of you, but I was glued to the television (or internet feeds) during the entire event. Just like living it up in game, the Gunslingers forums and chats were full of GS members from Finland, Australia, Norway, Denmark, United States, Canada, Scotland, England, and several other regions of the globe discussing the Olympics. Amazingly enough, it done with good cheer, mutual respect, and laughter.

Case in point: During the hours of a particular Frosty Pints (i.e.: the community-wide celebration of the weekend with drinks and online matches), GS*Sosyc posted the following animated image in the forums:

And that is what a gaming clan should be about. Good times. Leave the competitive drama and stat boosting for the other groups. Rather, it is about having fun on your own terms and on your own schedule. It is about laughing. It is about comradery between friends, new and old, regardless of what nation you hail from.

You are invited to join the Gunslingers. 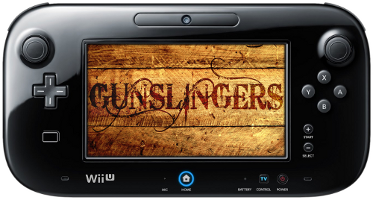 I can't wait to catch some Splatoon action with my Gunslinger brethren soon!

That ventrilo server's going to come in handy!

Back to Competitions & Matchmaking