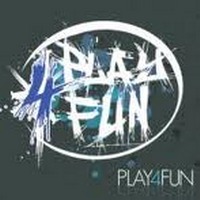 In Topic: The Wii U can, in theory, run the Samaritan demo.

Before I get started, let me just make a few things clear. Everything I'm about to say is of course, speculation. I'm going off the assumption that the Wii U is indeed using a 4870 GPU and the Xbox 720 (or NextBox) is using a 6670. So I'm not trying to say "awesome look 100% comfirmed OMGZ" or anything like that lol. Again, this is all in-theory.

Also, I know, graphics aren't everything, but really we're all interested in the exact amount of power the Wii U will be packing. So this is just something to think about.


So Epic has said that it takes 10 360 to run that demo in native 1080p, and if these rumors are true, the Wii U ends up over-achieving that number being 12x more powerful than the 360.

So in-theory, the Wii U might actually be able the Samaritan demo technology in 1080p. It's just something I realize and it's a pretty fun topic to speculate on. I wanna know what you guys think. 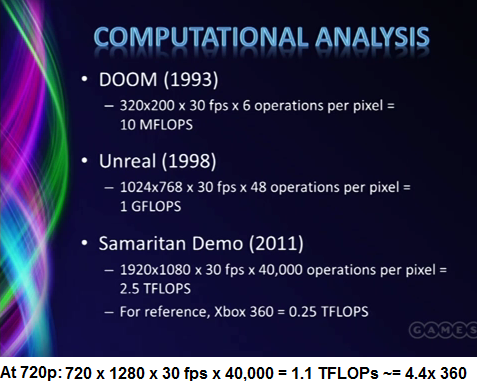 Don't get people's hopes up with false information.

Guys, it's not real time graphics.

It's a video showcasing the high bandwith streaming and AR capabilities of the controller.

In Topic: Wii U power

Except that's what modern games run at. The Wii U is 6 years later and its power should reflect that.

Except that's what modern games run at. The Wii U is 6 years later and its power should reflect that.

Games built FOR the Wii-U will run at 1080P such as first party and 3rd party exclusives.
But since MS and Sony will be launching after Wii U, their consoles will be more powerful than Wii U (though a smaller gap than this gen).

So games built for 720 or PS4 and ported to the Wii-U will have to be down-scaled for Wii-U since it won't handle the exact same things those consoles can. You know, kinda like games that can run on PC this gen are down-scaled so they can run on PS360?

Why does no one seem to understand what I'm saying?

In Topic: Wii U power

I said by mid-gen games built for PS4 and 720, which will be more powerful than Wii U, will be made to run in 720p so that they run better on Wii U.

In Topic: the two tablet problem will it make you not want to buy one?

Word is that Nintendo is working on getting the system ready for 2 tablet gameplay by launch and I think that is very much possible.

I could only see four tablet multiplayer gameplay working if the game isn't graphics-intensive.

But what would be the point of buying 4 tablets when you could just play multiplayer with wii remotes though?

I'm leaning towards two tablets at most.

I dont really care tbh. To me the Wii U controller is just a bonus thing. As long as they keep supporting WiiMote/ Nunchuk combo I dont mind. Im not getting the Wii U for the controller, Im getting it for the games.

But the new controller is what will bring alot of new gameplay possibilities to the console.