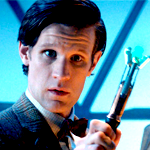 Here you go. A picture because I was busy but i can scan it when I get home, maybe even color it if you want. Enjoy!

I CHOOSE YOU PARTICIPATION

-Yooka-Laylee
-Pokemon Z (Not confirmed, but we all know its coming)

I think Wii Us packaging is best. pS4&Vita seem to busy/cramped, Xbome is nice and sleek, maybe too clean though, 3ds is boring.

Most of the recent ones take use of the better processor, I imagine Hyrule Warriors: Legends will like the extra power quite a lot.

"Its a negative Nintendo rumour, so it must be true!!!" - Internet

Congrats! The Wii U doesn't have any good games though, now if you excuse me I need to buy another shelf for my wii U games, I have too much.

Apparently Nintendo plans to announce a new 3DS title at E3, a Splatoon Action/Shooter Platformer 2.5D. Its described as a more fleshed out version of the cut arcade game, It will share a similar story to the main game on the Wii U. Unfortunately I couldn't get any more information then that.

Maybe they should ask Shi'en for help, lol

I have to agree on why does this exist. Almost everyone owns Smash so this does seem redundant, I kinda like the randomess, but I do think this should've just got the whole game..

I might be able to get behind Nana/Popo as just one character.